To view the Transactions for a Customer, first open Accounts from the Navigation menu and find the Customer whose transactions you want to view:

Select the Billing tab and Click on Transactions in the navigation list to view all Transactions for this customer: 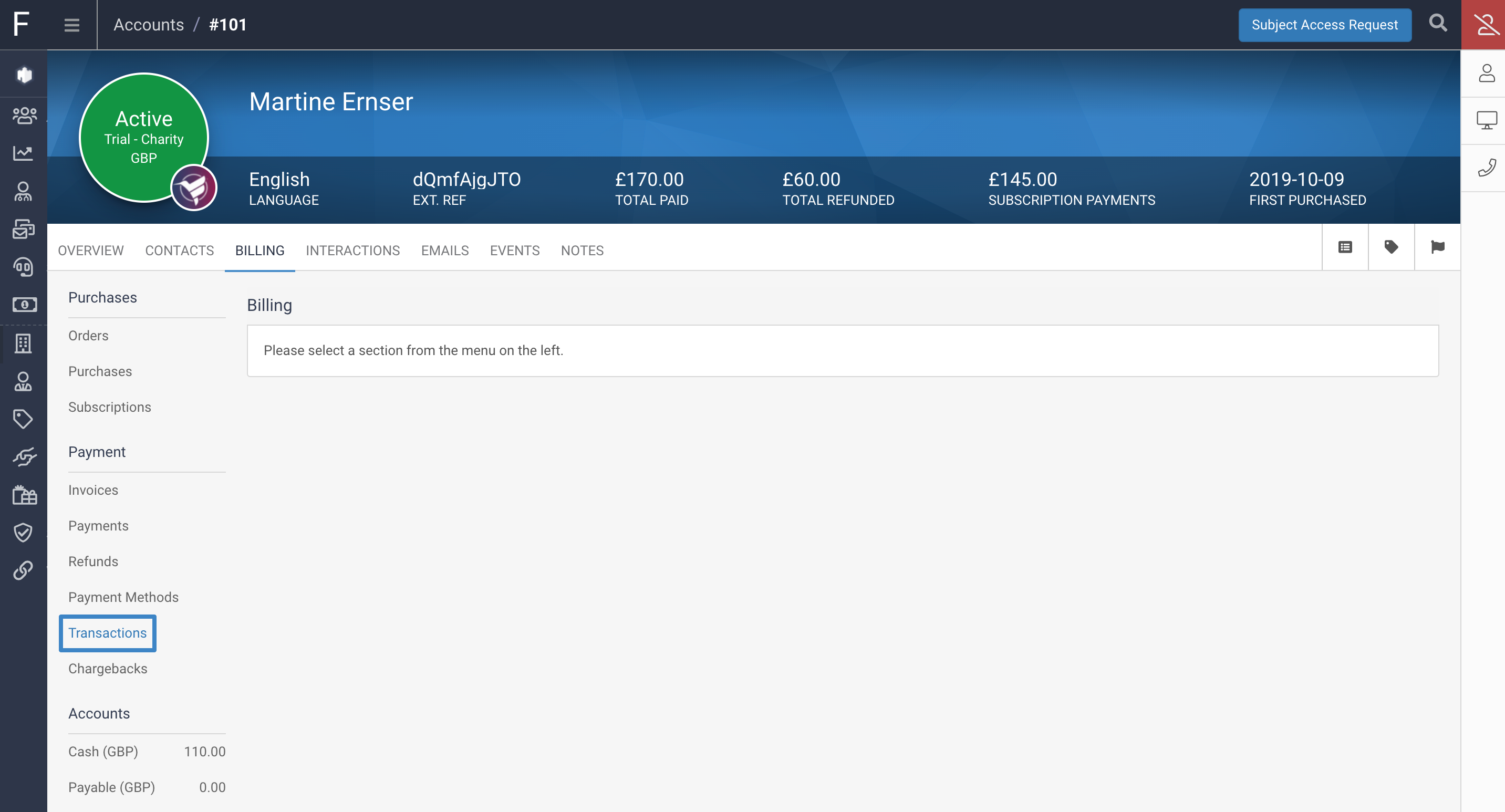 All Transactions will be listed and there is a button to Hide Failed transactions to remove failures from the list: 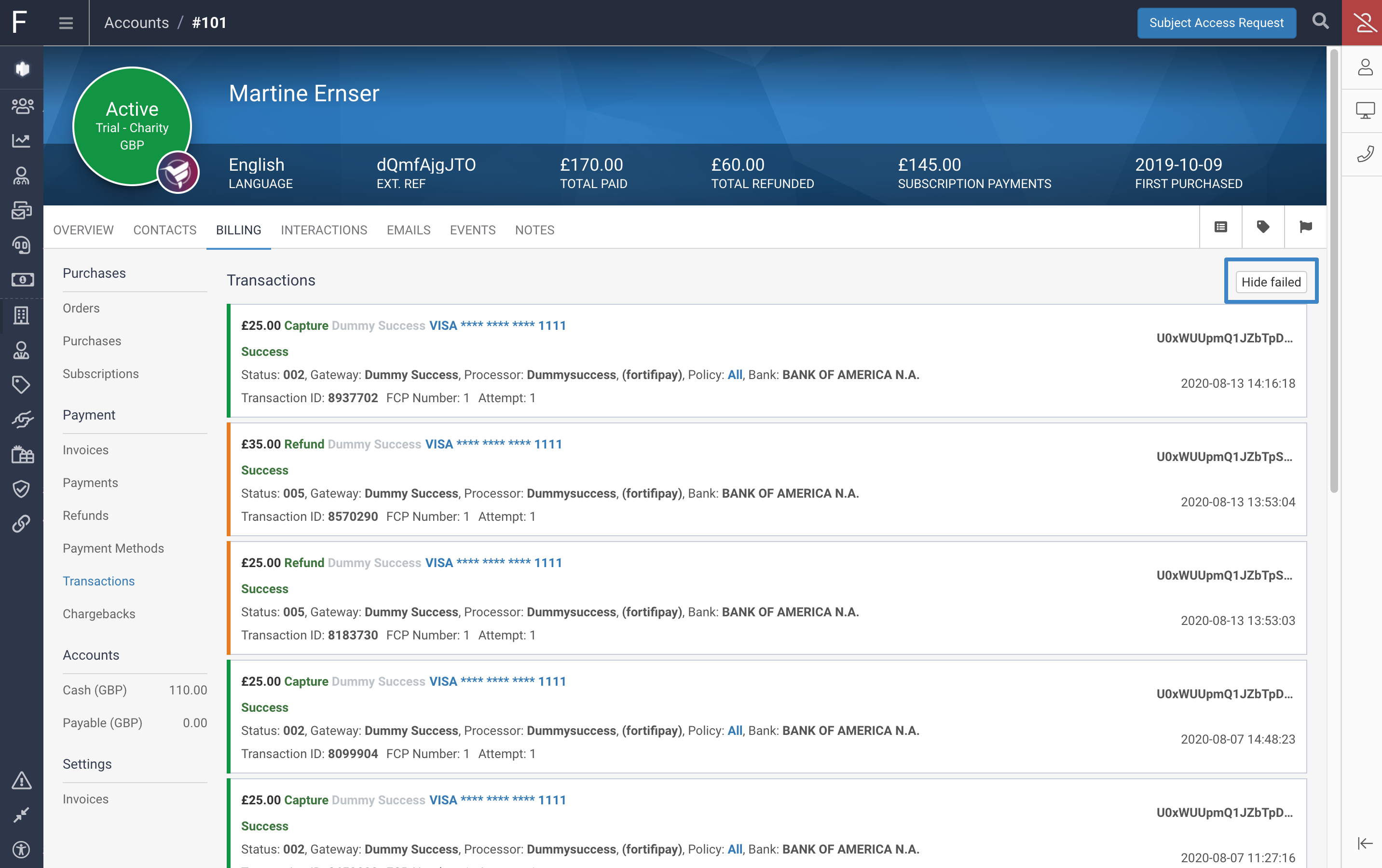 On a Transaction there are details of the Gateway, the Processor, the Bank, the date and time of the transaction and also Attempt infromation.

You will see FCP Number and Attempt number on the transaction.

Each time Fortifi attempts to capture funds this could cascade through multiple Payment Methods and multiple Processors in an attempt to capture funds. If all of those cascades fail, the Capture can be attempted again in line with a Capture Retry Schedule. At this point the FCP Number would increase as this is the 2nd Capture attempt for these funds.

The Attempt number is increased on each actual attempt to capture. So in the above example, each cascade of the Payment Method and of the Processor would increase the Attempt Number.